Vollebak, the future-earth-ready brand, has launched a space travel jacket. The product had future launches that matched its concept, including anti-gravity pockets and a compartment made when the passenger fell ill. At Decentraland, the brand has created a kind of treasure hunt for items available in Metawors at this first moment. 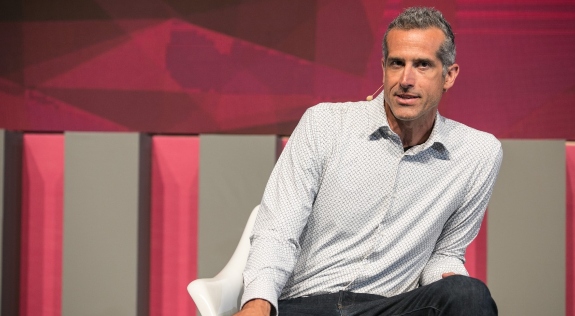 The action, presented by the agency’s global chief technology officer, Nick Coronges, on stage on the second day of the ProXXIma event is one of the cases of R / GA. By proposing to think of terms like Metavers and Web 3.0 in a more practical and practical way in everyday life, professionals believe that creative work for this new virtual world comes from the intersection of technology. “We need more practical insights and we really need to bring it into everyday context in terms of what we can and should do,” he said.

One of the hands of R / GA is “enterprise”, that is, working with leaders to take advantage of disruptive and emerging technologies to create growth. “It’s just an incredibly important part of what we think about innovation, because a lot of that and talent has moved into this startup ecosystem,” Koronges said. “We believe that in order to be relevant, to make it happen and to gain access to these trends, we need to connect with that community. […] It means really engaging with them and investing in these companies.

The CTO reminded the audience that Metavers is nothing new, citing the beginning of the term, author Neil Stephenson first created it in 1992 in one of his works. Bitcoin started appearing in 2008. However, “What has happened in the last few years that has made everyone so excited about it?”, Koronges asked. The answers came in the form of examples: Physicalization of Metavers with games like Roblox, Fortnite and Minecraft. In addition, the emergence of platforms built primarily on blockchain made NFTs popular, for example, with land purchases in virtual environments.

According to him, the confluence of all these trends makes Metavers and Web 3.0: gaming, crypto and blockchain and the digital turn of society – of course, taking advantage of the epidemic. “The fact that we work remotely and spend a lot of time online has created a virtual mega shift in the time we spend online. We change the way we look at ourselves now – we’re thinking about how we look at our avatars, on the zoom, “said the executive.

“It’s important to understand Web 3.0 in terms of what people know about Web 2.0 and 1.0,” Correngos commented. Progress begins with democratic access to audiences and information, with the advent of basic technologies such as the Internet. Then came the big aggregators: big technologies, for example, the cloud, with big data and smartphones, reflect what we see today. The next step is to show the public the immersive Internet, decentralization and tokenization of processes.

Citing companies such as Google and Facebook, the current Meta, the executive pointed out that their services are important because they facilitate the use and creation of content, but warned: “The only problem is that it puts some people in power In this sense, for example, brands were influenced by limiting the creativity of creating interactive content to complement the Instagram format.

However, the situation is changing. “Web 3.0 is a new world where decentralization has again become a portal, where there is a lot of talk that you can create platforms that are not owned by any corporate entity. So the discussion has started in the developer community and brands are starting to pay attention, ”said Koronges. He also noted that Web 3.0 would be a new dimension, not a replacement for Web 2.0.

According to the CTO, some of the lessons learned by R / GA from working with customers in Metavers are that the brand aims to guide the use of technology, which includes actions specifically targeted and originally created for such virtual environments. “Brands need to figure out what makes them different, how to express them and what makes them original on the platform,” he said. In addition, Web 3.0 represents a shift in mindset that starts with consumption and draws attention to engagement and accessibility, noting that this is an extension of the overall all-channel strategy for the brand. Also, new technologies require legal and financial efforts, which require additional support for the use of actions in these mediums.

When asked if there is room in metavers for small brands and customers in general – an R / GA spokesperson pointed out that, in this environment, small brands look different, as new technologies were created by smaller companies and communities. Which are of the original Web 3.0, and only then came into the mainstream and became bigger and more remarkable. He also pointed out that applying for shares for big brands can be even more difficult, as they already have very basic beliefs and must be broken if they want to enter the new world.